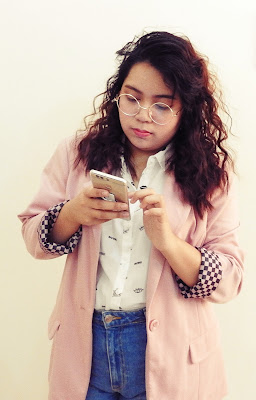 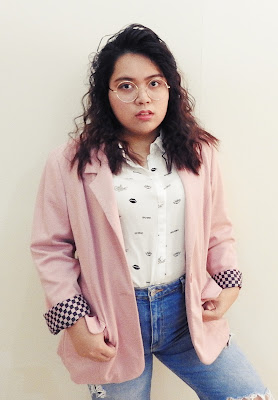 After dinner one evening, I was sat our dining table, reading out loud the ingredients list of the Japanese green tea I just drank. Two of the ingredients were sugar and honey, so I started singing the song, Sugar, Sugar by The Archies. I looked at my younger brother and asked him if he knew the song but to my dismay, he had no idea. I was so surprised that he didn't know it that I even played it on my phone to see if he would recognize it, but alas, it didn't ring any bells. At that moment I realized that even though we were only four years apart, we had a generation gap.

If you've known me for quite some time, you would know that I am a HUGE lover of pop culture from older generations; 80s teen movies are my favorite genre and besides my love for Korean music, my iTunes playlist contains tracks from Frank Sinatra to Huey Lewis & the News. I honestly don't know what it is that makes me appreciate these things so much more than jamming to Kanye West or Sia... maybe it's the inner hipster in me hahaha.

Anyways, that's not the point of this blogpost. Lately, I've been really interested in Generations, like Gen X, Gen Y, you know? However, I'm really confused whether I'm a Gen Y/Millenial or Gen Z. I was born in 1996 and some websites say Millenials end in 1995 and some say 1996. I'm writing this post because I find the differences in Generations so interesting. Here are a couple of facts about each generational category:

Baby Boomers were born from 1946 to 1964. This was the generation of my grandparents. In the Philippines, the people who fell under this generation were still quite influenced by Spanish and American colonial rule since the Philippines was only declared independent from the US in 1946.

Generation X were born from 1965 to 1980. This generation is where my parents fall under. Unlike my grandparents who were still very conservative, the generation of my parents was when some Filipino people started becoming more liberated and open to trends from the US, such as pop music and movies.

Generation Y or Millenials were born from 1981 to 1997. This is my generation, which I know a lot of people from older generations look down upon since the majority of our generation now has become open to new cultures and practices regarding lifestyle and gender preferences. I feel like our generation is at this weird grey area where some of our generation is still quite conservative because of the principles their parents have instilled upon them, while some have become very liberated.

Generation Z were born from 1998 to 2010. Based on my younger brother's birth year, he would fall under this generation. They're the generation that is very technology-dependent. They grew up in front of iPads and iPhones and whatever i's their parents put in place of nannies or proper parenting. Luckily, my parents raised my brother the same way they did to me and he turned out a bit better than the other kids from his generation.

To be honest, if I were to choose a favorite generation, I would choose Generation X. Simply because I love their pop culture so much that I feel like if I could go back in time, I would take my Delorean back to 1985 and live there for the rest of my life.

I want to share my love for 80s movies, so here is a video I filmed a while ago where I discuss all of my favorite movies from the 1980s:


I also made a playlist on my 8tracks of songs I love not only from the 80s, but also from a couple of generations back, you can check it out below:
Hope you guys enjoyed reading~ ((Hopefully you guys start watching 80s movies and join me in my obsession))